“What would people say?”

“What would people say?”

Frank Zappa says “If you end up with a boring miserable life because you listened to your mom, your dad, your teacher, your priest, or some guy on television telling you how to do your shit, then you deserve it.” I agree 100%.

Has anyone ever made life decisions based on what “people” would say and been satisfied with their life?

It doesn’t matter what people think. They’re not going be born, live, and they especially aren’t going to die for you.

1) You will die.
2) You are completely free to make your decisions and are also held responsible.
3) Life is inherently meaningless. You have to choose your own meaning.
4) We are all isolated and will never be able to merge with someone else.

The existential field of thought believes that neuroses come from inability to work through and come to terms with these four ideas. 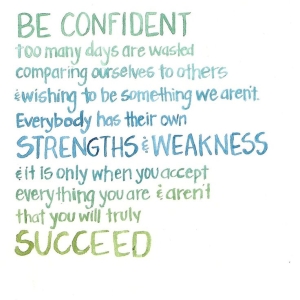 When someone mentions “what other people would say” I want to say, what do YOU think. It’s your life. You’re the one who is going to live it and die. You’re clock is ticking. Everyone who’s every been born is dying. There’s not enough time to screw around living according to someone else’s expectations. Even more so when “they” are just strangers on the street.

Freud wrote quite a bit about the pleasure principle. He said that all human behavior is motivated by moving towards pleasure or away from pain. How does this apply here? People must be gaining something from this, or it wouldn’t be such a popular view of how life should be lived.

Let’s catastrophize for a minute and say “they” are your closest friends or family. What if you were to act authentically according to your own preferences instead of your mother-in-law’s? What if you don’t party every weekend and live up to your friends’ expectations that your life is super exciting and you have the greatest connections?

Let’s be honest. They won’t like you anymore. The mother-in-law will throw a fit that your laundry wasn’t folded up to her standards. Your mother will criticize your choice in dating partner. Your friends really will think you’re lame and boring.

The alternative is spending your limited days and hours impressing people who have their head in the clouds and don’t value your authenticity. Do they really care about you, enjoy being around you, and talking with you?

That brings us to the next question that’s incredibly important. Do they even know you? Have you given them a chance to? Or have you tried to become what you thought they expected? Do you know you?

So now your friends think you are boring and your mother-in-law thinks you’re inadequate for her son and you’re ready to scream at your mom for trying to parent you 10 years too long.

Once you’ve figured that out, a new sort of people will be drawn to you. And you will be drawn to them. You will find new friends who value you the way you are. They will have some similar hobbies and some different ones. You will have mutual respect and be open minded.

If your family doesn’t accept who you truly are, you will need to learn to set boundaries. Some things you listen to, some things you don’t.

The idea of living authentically isn’t easy. And it’s definitely not simple. It takes a long-term high level of self-awareness and you may stand out. You may be nothing like anyone else and you might be right that you don’t fit in. Lots of people respond to this with “oh, honey, it’s ok. You’re just imagining it.” This depends. They may be right, and they may not. I have this gut feeling there’s a lot of people who feel like misfits and change their entire personalities to blend in. The thing is they just don’t know there are tons of people exactly like them living on the other side of the world.

You may be one of these people. If you are, don’t settle. Don’t change to blend in. Don’t compromise your true self because of what others will say if you don’t conform and live up to expectations. Travel the world until you find people like you.

It’s alright to lose some friends. No one stays forever. In the end we’re all isolated and we will all die. There are no rules as to how you’re supposed to live your life…what’s expected and what’s not. Life is inherently meaningless. Are you going to choose your own meaning or the meaning someone else choose for you?